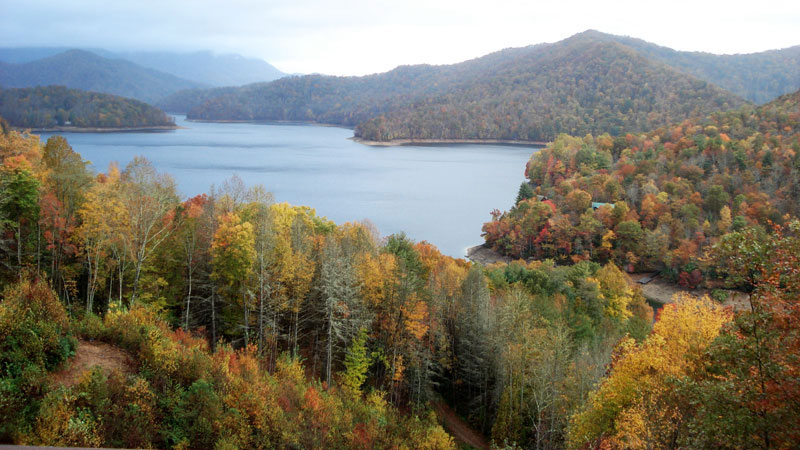 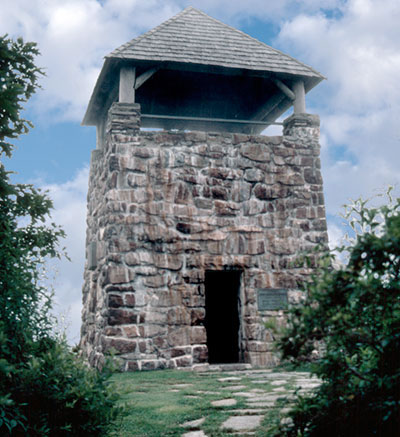 Between Franklin and Nantahala, a side trip to Wayah Bald is recommended. There is a mile-high overlook from an old stone fire tower built by the Civilian Conservation Corps. Four states are visible from the tower which gives you a panoramic view in all directions. 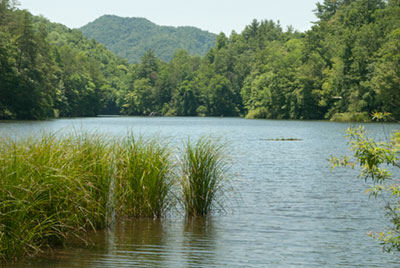 Queens Creek Lake is a small Duke Energy reservoir on Winding Stairs Road. There's riverbank fishing and a small park with picnic table and a handicap fishing pier. Trout fishing is subject to 'Hatchery-Supported Waters' regulations (no size limit or bait restriction and a creel limit of seven trout per day).

Just beyond the lake, Winding Stairs Road 'winds' its way down the mountain through a succession of steep switchbacks to US 19/74 on the floor of the Nantahala Gorge. Map 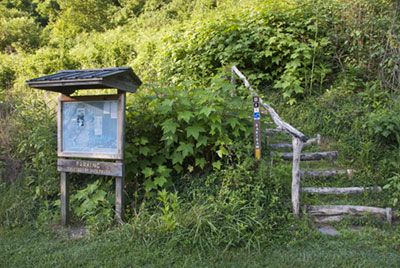 The Bartram Trail is a national recreation trail that travels across the Nantahala National Forest from the Nantahala Gorge east and south into Georgia. The trail takes its name from William Bartram, a naturalist and explorer who roamed the southern wilderness from Florida to North Carolina 200 years ago.

The Nantahala section of the Bartram Trail stretches 21 miles (a two-night hike) from the Duke Energy Power Plant on Wayah Road (above) to Wayah Bald. See Nantahala map.

Bartram studied plants and animals and recorded many of his findings in a journal published as The Travels of William Bartram. The trail is blazed in yellow for over 70 miles as it crosses Nantahala National Forest. 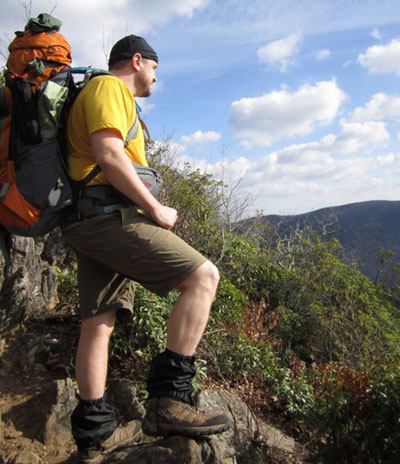 The Appalachian Trail passes through Nantahala. In fact, in 2010, Franklin NC was designated an official Appalachian Trail Community in recognition of the town's 70 year involvement with the AT. The Nantahala Hiking Club, a member-maintaining club of the Appalachian Trail Conservancy, is responsible for 60 miles of the 2182 mile trail, from the Georgia state line at Bly Gap northward to the Nantahal River at Wesser NC. The trail is accessible from Wayah Road southeast of Nantahala Lake and at Wesser (Nantahala Outdoor Center). See location map.

The historic Glen Choga Lodge has been described as one of North Carolina's premier examples of the ideal rustic style. The two-story round pole structure was built in the 1930s on what was known as 'The Great Western Turnpike', the major 19th century east-west route from Franklin to Andrews (Valleytown) and Murphy.

In 1921, a Scottish couple named Steuart paid $800 for the 129 acre site, and in 1935 named their new lodge 'Glen Choga', combining the Scottish word for valley with the creek named Choga. The Lodge was a favorite stop for travelers and vacationers until the 1940s when the construction of Nantahala Lake forced a re-routing of the road, effectively isolating the Lodge.

Glen Choga's current owner no longer accepts lodging guests. The lodge is on Little Choga Road a short distance after the road turns to gravel.

On maps and along Wayah Road, you'll see numerous references to a place called "Aquone" but you won't find it. The small town on the banks of the Nantahala River was lost to the rising waters of Nantahala Lake in the early 1940s. See history.

Lost, but not forgotten. To this day, local residents around the eastern end of Nantahala Lake consider themselves residents of Aquone.

The town's demise was just one of many such events throughout the mountains as dams, lakes and hydroelectric power plants were built during WWII.

Lost, but not forgotten. To this day, local residents around the eastern end of Nantahala Lake consider themselves residents of Aquone.

The town's demise was just one of many such events throughout the mountains as dams, lakes and hydroelectric power plants were built during WWII.